John Wesley visited Marsden in 1746, staying on Old Mount Road. He described the inhabitants of the Colne Valley as 'wild'.

The first methodists meetings were held in 1810 in a house in Planks. Five years later, they moved to larger premisese in Fall Lane Bottom, now demolished. The story is told that here the congregation filled both storeys, so they cut a hole in the ceiling and the minister stood on a table, so everyone could hear. 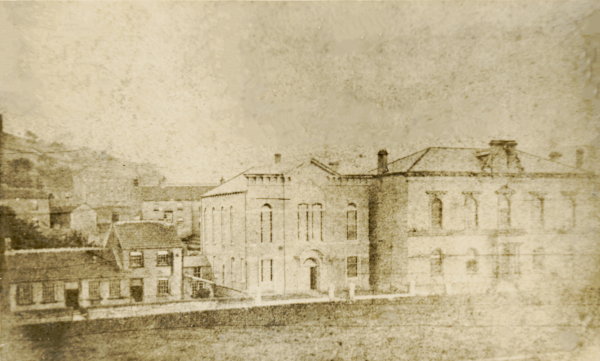 They built their first, single-storey chapel on Brougham Road in 1824. It was demolished in 1867, and replaced with a larger building in 1871. It was on the site of where the school is now.

William Schofield of Planks and S. Hill set up the Temperance Society in Marsden.

The Chapel became the The United Church Marsden when it merged with the Congregational chapel which met at the Green.